We use cookies to give you the best experience on our website. By continuing to browse the site, you are agreeing to our use of cookies.

What makes it so special??

As an admin, accept/reject or edit the idea

Assign a champion to the !dea

Get notified about all the updates on your ideas!

Champions can update the status of their Idea implementation via Workchat! As an admin, accept/reject or edit the idea

The theme(under which the idea has been added) receives a ping from bot whenever any new idea posted theme. This message contains three options for intended action. Assign a champion to the !dea

Once an idea is accepted, sponsor needs to assign a champion who would be responsible for the successful implementation of the idea. An owner can either Get notified about all the updates on your ideas!

Champions can update the status of their Idea implementation via Workchat!

Champion can update status of the idea to -

It can either be done when the champion is notified about his/her assignment for the idea implementation. or the champion can type my ideas in Workchat. They can see ideas created by them(My Ideas) and the ones assigned to them(Incomplete) All the targeted voting users are sent the idea notification ping and they can then upvote or downvote the idea. Stats would be shown to the admin after a specific threshold.

Why is voting on ideas important?

Voting would close automatically on the provided auto-close date or when the idea status is changed to Accepted/Rejected.

Users can be nudged to vote - by the Theme sponsor. 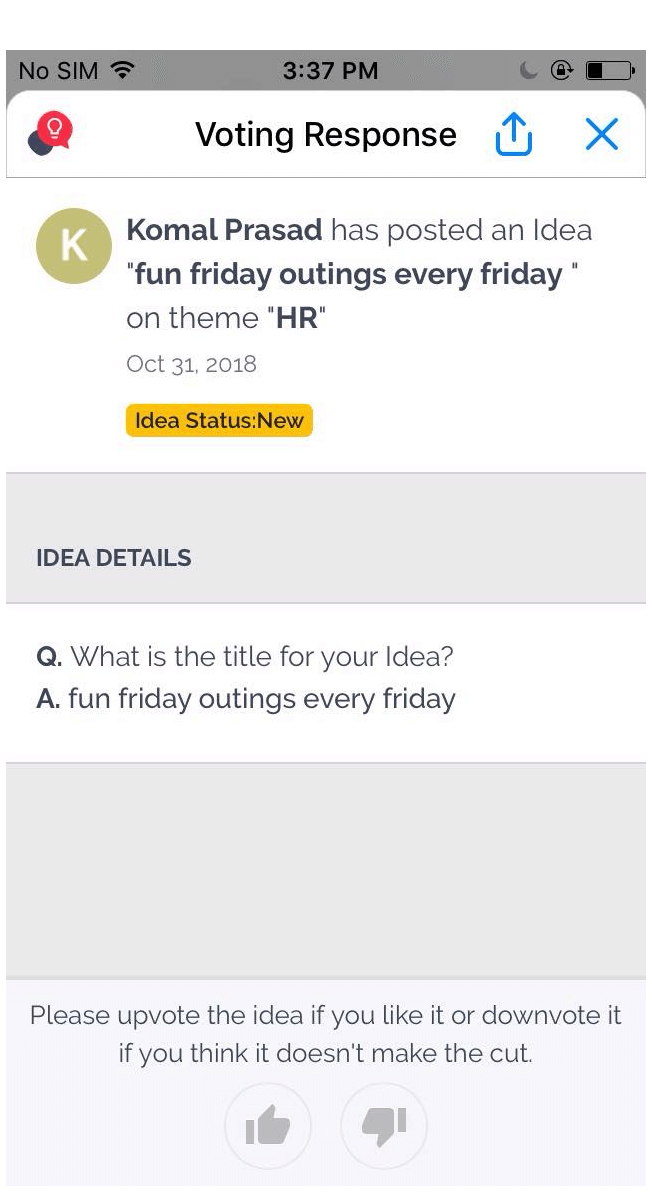 Idea bot offers you detailed reports with complete ideation timelines. The reports can be filtered across various parameters like - status, time-period, user,etc. You can also view lucid analytics caoturing the following - 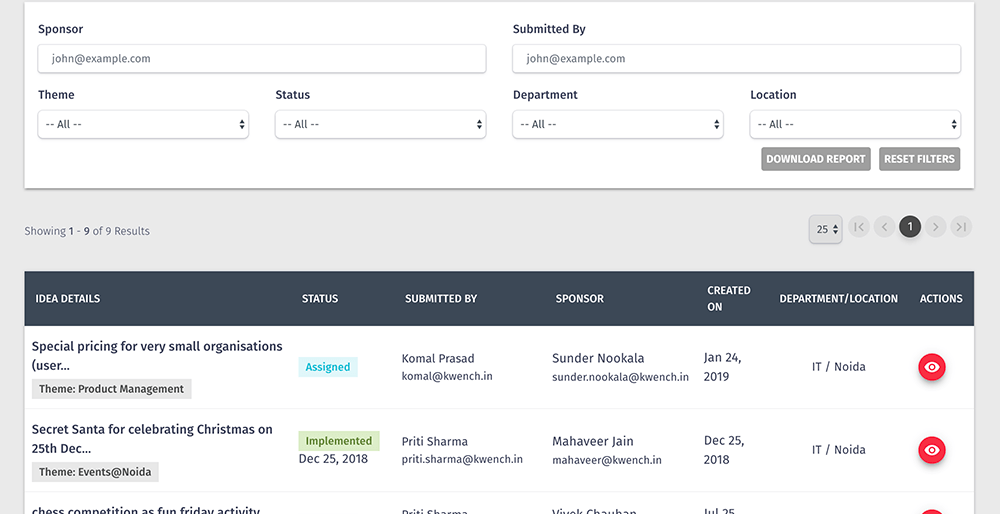 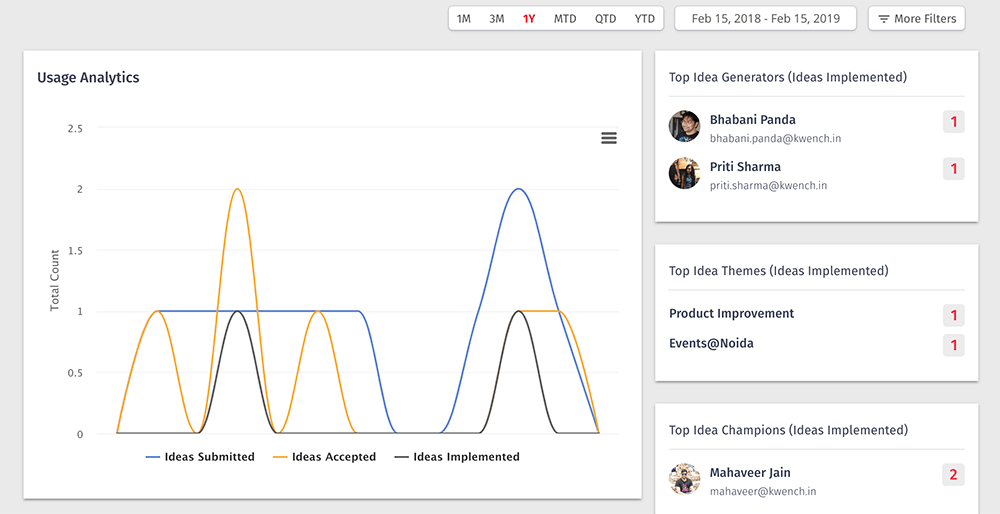 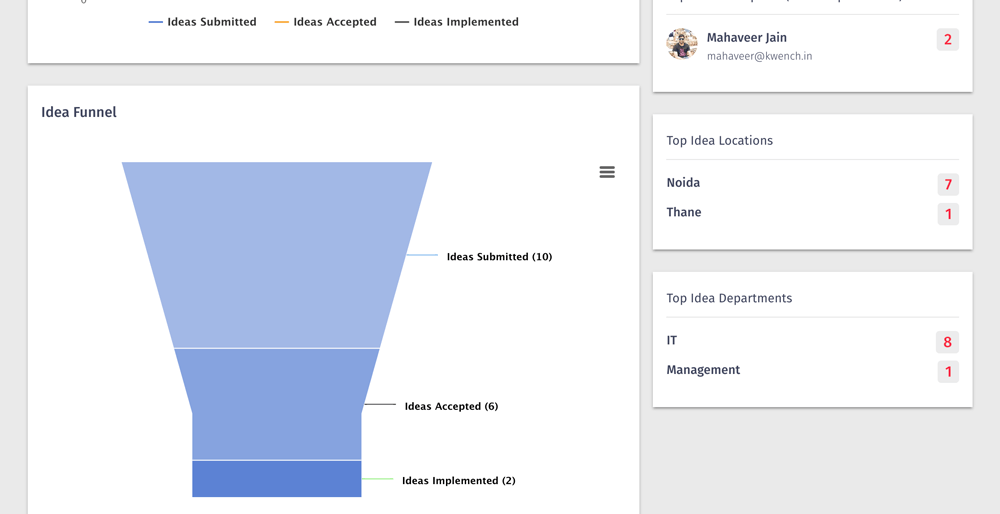 Feel free to reach out for queries at help@huminos.com